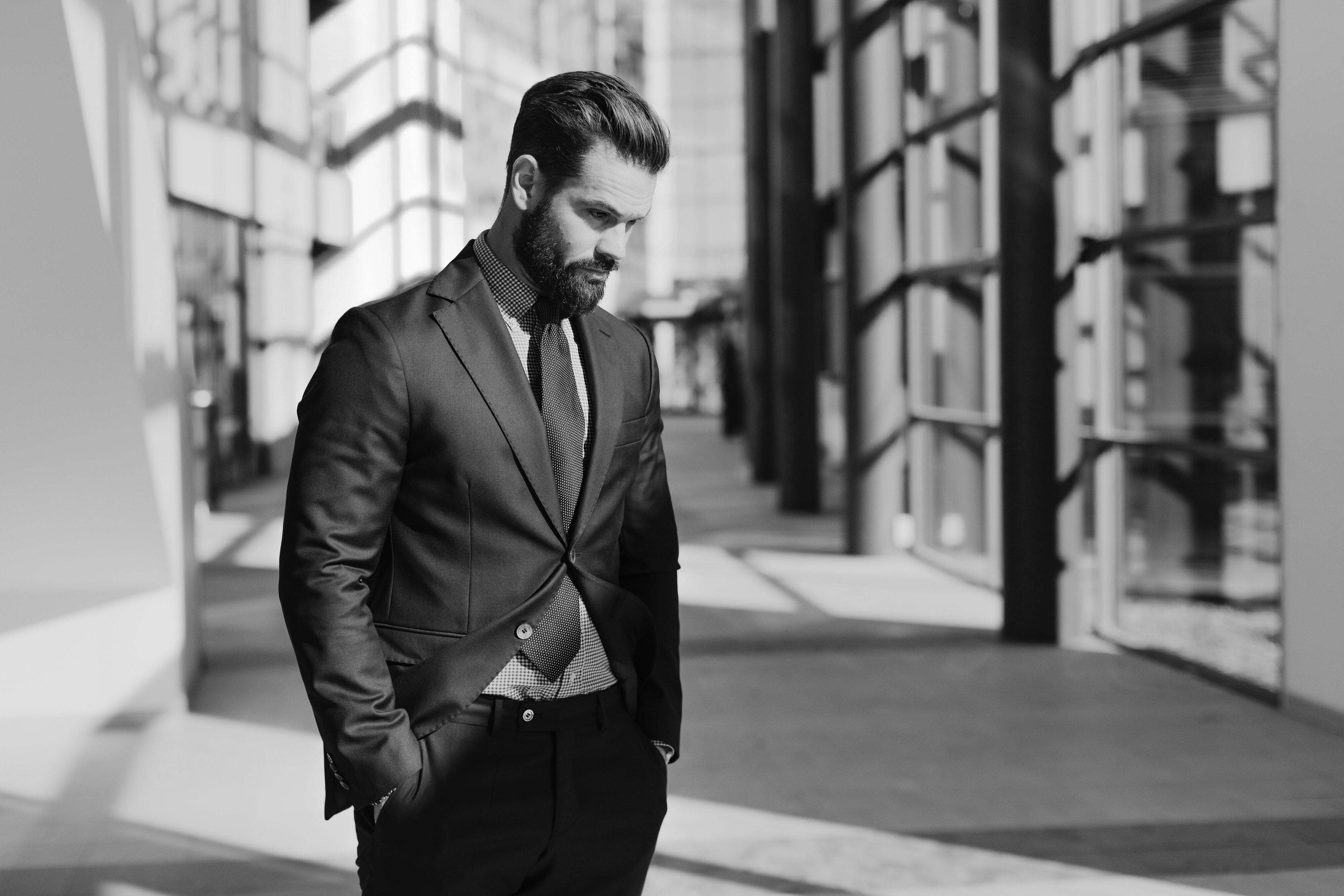 You may be wondering many things about this undertaking that is The Factory and you can read and learn about different aspects of this website. How the building came to be created, why The Factory’s idea was unprecedented in the Nordics and even what you can find around this crazy beautiful building, throughout the neighborhood. The reality, however, is that nothing can be achieved and turn into a success story without a strong foundation and a solid plan. But also risk. Calculated and controlled, but risk is essential to all disruptive endeavors. And that’s what you can find on the breakfast table of Mikael Wintzell, co-founder of Wellstreet, the company that created The Factory. Mikael’s story is an object lesson in the rough and tumble, wild west world of a hungry entrepreneur.

It all began when a 13-year old boy started hacking away at the possibilities “desktop publishing” offered at the time. Creating flyers, brochures, menus and any other promo product, Mikael began to make a name among local businesses. With the advent of HTML and more web usage, he repositioned his skills. Working with web design led to bigger profits and soon the kid was banking more money than his father, a telecom worker whose own ambitions inspired his son’s hunger for entrepreneurial creativity. Combining hunger and business success gave Mikael some economic freedom to indulge in a teen’s dream lifestyle and career - Snowboarding!

Only, it wasn’t just a dream! Mikael was talented enough on the slopes to gain sponsorship from a sports store and he got very interested when that store began actively seeking a new group of investors. Pooling his resources with older, savvier and more experienced businessmen seemed like the smart move. In fact, within two years the company expanded to become the largest in the Nordics and Mikael was thrilled with his investment choices and what his business future was shaping into. But then the avalanche came down. Hard, fast and without warning.

While Mikael had his eyes on a bright future, his investment partners had kept their eyes on the books—cooking them. They suddenly abandoned the investment, fleeing with whatever was left and looking after themselves – leaving a naïve 21-year-old kid alone with over $250K in debt. The Swedish authorities soon came knocking, questioning what had happened and what was the plan to make up for that difference. Legal meetings and courtroom appearances became his new challenges and by the end, he had to replace his debt for conditional parole from Sweden’s financial regulatory body.

Needless to say, along with the harsh pain caused by the fall from grace, an invaluable business perspective was gained.

Although, and because of, his former partners vanished alongside his "friends", Mikael discovered that no one could embezzle him out of his entrepreneurial drive, nor stop him from finding out how to rebuild, creating a future that was independent of the business models of the past. Resolved to dig himself out of debt, he started a small supply chain then quickly followed its modest success with the creation of a consumer credit company which would lead him into the light.

The idea was that consumers should be able to shop in whatever store they wanted on an invoice or via partial payment using the social security number for that. Does it sound familiar? Someone had a very similar idea around the same time, but with an essential and critical difference from Mikael’s one. For him, there could only exist profit where the big numbers were, meaning physical stores. For what would become Klarna, the gold was online. Wintzell's consumer credit service was further sold as an infrastructure company to a retail chain, but his path would still cross Klarna’s further ahead.

Now with way more experience and knowledge on his back, finding himself with increasing know-how about the uprise of digital solutions for financial institutions, Mikael climbed his way into high places. First at PayEx, where he was first the CEO of PayEx Leads and then Sales Director & Head of Partner Relations, and then at Klarna, where his main purpose was to establish the company on an important new market, Germany. Going from the role of SVP Sales to SVP Commercial to later becoming the deputy CCO and frequently receiving awards, Mikael’s stardom was already proven.

It was at this work environment that he first encountered his future partner, Sïmon Saneback, first as a client and then as a kindred entrepreneurial spirit. A little later, they had the idea of exploring the investment possibilities—and the missed opportunities—that they felt were there for the taking for someone who had the guts and grit to seize them, matched to a fearless attitude that was a byproduct of their own difficult past. Mikael and Sïmon had a shared vision of a new entrepreneurial future. To them, success was satisfactory, but the drive for change was louder.

Wellstreet is Born, and the Journey Continues

They envisioned a hungry entrepreneurial method in search of the freshest investment ideas, teamed with a supportive foundation that allowed for the feasible growth of a sustainable system. This was to be a system that could act as an inviting power source to promote enhancement and boost opportunity where it existed in an immature format but with great potential, or even nurture the creation of new ideas. For all that, Mikael conceived Wellstreet together with Sïmon in 2016, not as a regular Venture Capital, but rather a self-funded risk embracing tech and innovation ecosystem. More than investment, the real purpose was to give back to the community all they learned with so many ups and downs, strengthening the Nordic environment through collaboration and sustainability.

As if once again success was gratifying but not enough, they embarked together again in another adventure, after 3 years and over 35 investments. The Factory by Wellstreet is a standalone brand that operates independently but cooperatively with Wellstreet, reinforcing one another. The Factory is an open and inclusive haven for entrepreneurial minds, welcoming them all and not walking in familiar footsteps of most shared working spaces that had come before them.

All that can be said is that Mikael Wintzell’s journey is nowhere near settled, relaxed, stable or dull. There is also little doubt that such a restless entrepreneur will continue to have ambitious innovative ideas and manage them without fear of taking the necessary risks that only bring about wonders that most people believe was impossible. Not Mikael, though. He’s not most people!